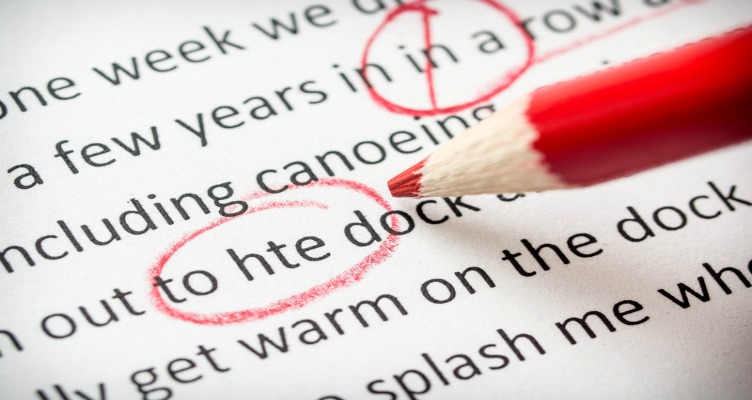 I originally published this article in May 2016 on the website of Caffeinated Press, the now-closed niche press that I co-founded and which operated 2014-2019. Because the content remains useful, I’ve reposted it here.

Friedman’s treatment is spot-on; it’s one of the few books for which I had no qualms leaving five-star reviews on Amazon and Goodreads. Her approach is comprehensive, yet nuanced, and her advice is solid. Although I’ve been leading the editorial operations for a small press for more than two years, and I’ve been publishing and fiction-editing a quarterly literary journal for one year, I still learned enough stuff (and obtained some new perspectives!) that I thought my $4.99 was money well spent.

But this essay isn’t about Friedman’s advice, good as it is.

That other book — Five Editors — presents a tougher case. On the one hand, I’m a fan of C.S. Lakin in general; her name sold the ebook to me. And the “12 fatal flaws” are, in my view, a solid distillation of the various structural problems that diminish the manuscripts that these accomplished editors have reviewed. Indeed, I read the 12 and remain impressed by their curation effort.

The five editors very helpfully offer a “before” and “after” passage wherein they demonstrate the fatal flaw and how it might be mitigated. In general, their efforts are solid; I agree that they correctly diagnosed the problems and offered specific, helpful advice. Although an experienced author might not find the entire book to be useful, an intermediate author will likely find the flaws and their corrections to be a good way to sharpen his saw. A novice author, however, will probably be led astray — because the “good” examples are astonishingly monochromatic.

By monochromatic I mean that the passages all seemed to have the exact same linguistic feel. Regardless of the fatal flaw under discussion, “good” overwhelmingly pointed to a very specific narrative voice as being ideal. This voice — rendered in third person subjective with narration intermingling dispassionate facts (e.g., “she opened the cabinet so the cat could hop out”) with non-italic mental asides from the point-of-view character (e.g., “This place is going to drive me bonkers”) — is fine, in some contexts. But it’s not normative despite being the only real voice presented with enthusiasm within the book.

It’s worth noting, I think, that the editors are also published, and several tend to write “women’s fiction” and YA. Those genres often admit to a narrative voice different from, for example, a horror story or detective fiction. However, a voice that may work for YA won’t work for all genres, and the specific voice advocated by these editors opens the door to myrid POV-confusion problems and the tendency for authors to insert their own personal snark into the story. This voice, I think, is much more open to a commingling of the POV character’s personality with the author’s personality, leaving a tell-tale thumbprint of the author’s own attitude that — if done to excess — inserts a competing metanarrative into the story. Significantly (because the trope permeated the “good” examples) it also encourages the use of rhetorical questions within narration; those questions serve as a not-at-all subtle attempt to kick the reader down a very specific plot or conflict pathway. This approach to writing runs the risk of over-proscribing the readers’ emotional engagement with the story.

(In fact, the editors were so consistently insistent that writers include “emotion” in their work that you can’t escape, based on their advice, the exact emotional response the reader is supposed to experience. The reader is denied a chance to co-create the world with the author and to walk away with an emotional reaction that wasn’t laid down in concrete by the author. It’s writing for a lazy audience, in my view.)

For what it’s worth, as fiction editor of The 3288 Review, I’m averse to accepting stories written in the voice deployed by the five editors. There’s just too much that can go wrong when inexperienced authors try their hand at it, and even for experienced writers, it doesn’t always work well. Some of the “good passages” — especially later in their book — left me groaning. I would not accept those snippets for publication.

“So.” Brady finished his sandwich and wiped his fingers on a napkin. “Are you going to tell me about him?”

Rae pictured Johnny sleeping soundly upstairs. How did Brady know? “Him who?”

“The man who put that ring on your finger.”

Brady closed his lips in a tight line, and she recognized the look of frustration. “What?”

You get the picture. We have rhetorical questions, objective narration and POV-character mental asides (snarky ones, at that) woven seamlessly into the narration. Stuff like this, I typically route to the rejection pile, yet it’s presented as being the best way to write prose.

Like I said: The curated content is good, and the technical advice for fixing the “fatal flaws” is fine. But that voice — yikes. I’d think thrice before aping it.

Beyond a critical review of Five Editors, I think the real lesson here is that most of the current texts on the market that attempt to teach writers how to write, do so from a niche perspective that cannot translate into a universally useful construct. Lakin et al. emphasize writing technique, but from an undisclosed situational bias that doesn’t speak to a very large chunk of the author spectrum.

The point, I think, is that writing advice is a lot like fashion advice: If you like a person’s style, you’ll probably find their advice salutary; if you think they dress poorly, you’re unlikely to want to follow suit. While it may be true that certain writing rules apply broadly, or even universally, the application of those rules can vary widely as a function of genre and story length. So approach how-to-write manuals with care: Use them for advice, not as a template for your own writing.

12 Things I Wish Every Emerging Writer Knew About Publishing

What Would Impel You to Murder?